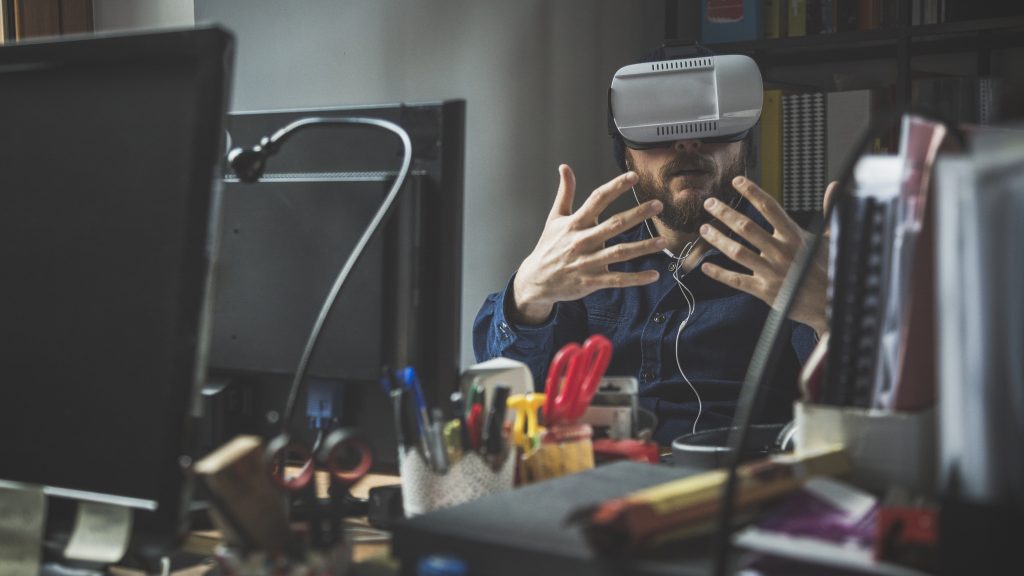 To many people, virtual reality (VR) still seems like a novel idea–something that still has closer ties to science fiction than it does to our everyday lives. However, recent advancements in the consumer electronic space has put VR on a crash course with the average buyer.

Take, for instance, Samsung’s Gear VR headset. This piece of technology is geared (pardon the pun) toward the average consumer and came as a give-away for early buyers of Samsung’s flagship smartphones. And, at only $100, the VR headset was recently named the best phone accessory out there by WIRED.

Why bring up Samsung? Because they’re just one of many examples of how virtual reality is poised to become as commonplace as the smartphones we all carry around with us every day. In fact, Goldman Sachs recently predicted that VR will grow into an $80 billion market by 2025.

Given the expected growth of this new technology, the rapid adoption by consumers, and it’s inherent ability to immerse users into any experience, here are three ways virtual reality will reshape marketing as we know it:

As VR continues its rise and becomes more accessible to the average consumer, great marketing opportunities will present themselves to companies of all sizes and of all industries. Those who are most successful with VR, will be the organizations that can quickly scale their creative teams and introduce campaigns before their competition can get on board.

At Onward Search, we are at the forefront of virtual reality staffing. Whether you’re looking for someone to lead your next initiative, augment your existing team, or assist with creative design, we have the VR / AR talent you need on a short or long-term basis. Contact us today to learn more.