Before the kick off, the coin toss and the pre-game analysis, the fun of the Super Bowl comes down to team rivalry, and at the Onward Search Wilton, CT headquarters, we got plenty of that. The New England Patriots face the New York Giants this year which means the Executive Search team is divided over who will win Super Bowl 46. Here’s what the Onward Search fans looked like in the office today.

First up, we have the Giants fans, proudly representing Eli Manning, Hakeem Nicks and Kenny Phillips. 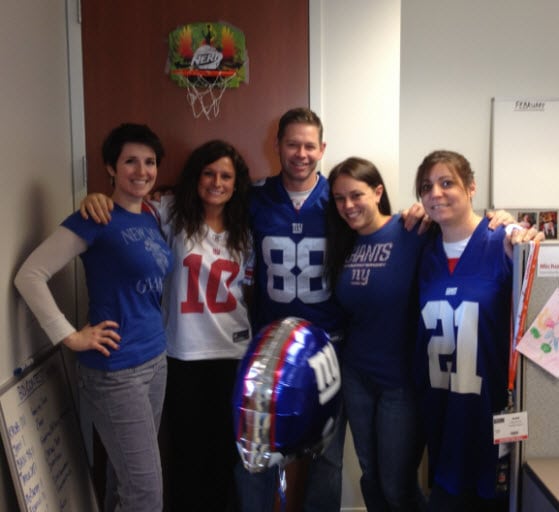 With more than twice as many Big Blue fans in the office today, Patriots fan Chris Taylor was reluctant to offer comments about the game and simply turned his nose up at the prospect of the Giants winning. 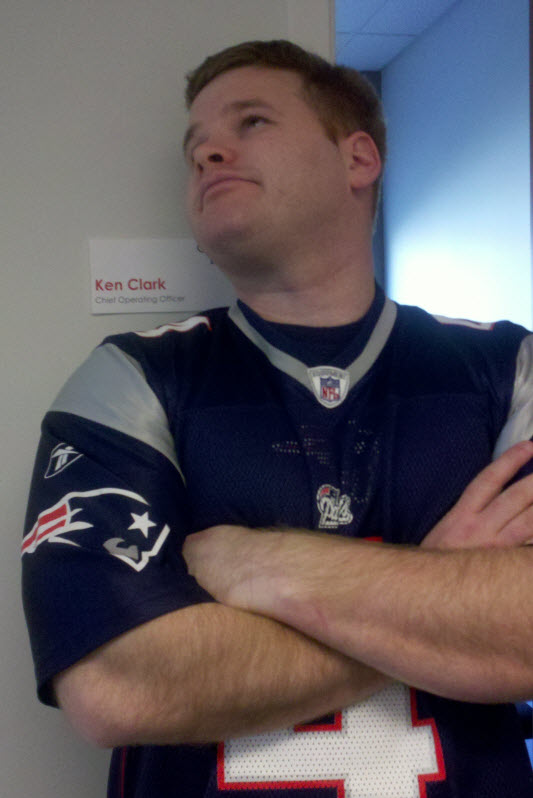 Feeling a little outnumbered, Chris and Mike show us all just how supportive they are of the Patriots and each other. 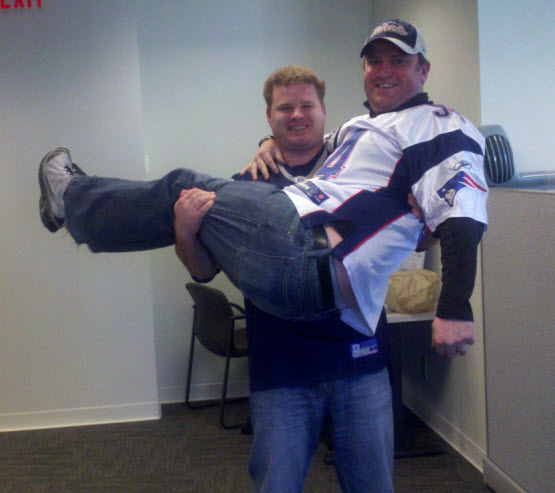 Chris Taylor and Mike McCarthy – picking up the team spirit

But no matter what team you’re rooting for, it really comes down to a shared love of football that no team colors can ever dilute. Sam and Mike prove that even rival fans preparing for the biggest game of the year can be civil and friendly to one another, even if Jamie begs to differ. 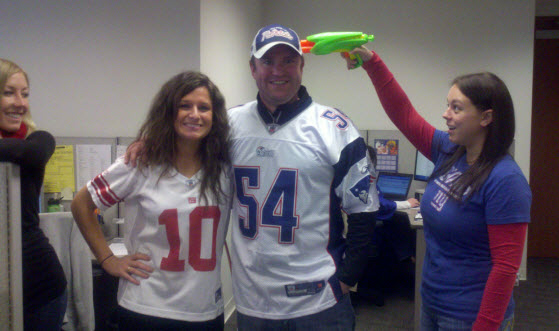 We’re all excited for the big game on Sunday and even if you aren’t a Giants or Patriots fan, we hope you enjoy the final game of the season and have a very happy Super Bowl weekend!