With the pace of the current news cycle, it’s not that difficult to lose track of an important storyline here and there.

One such headline getting lost in the shuffle, is the story of the newly appointed FCC chair who is trying to overturn recently established Net Neutrality rules.

In this blog, we’ll give you an overview of Net Neutrality–a commonly misunderstood term–and how it’s repeal could affect your job or talent search.

What is Net Neutrality?

When we access the internet, we do so through an Internet Service Provider, or ISP. Examples of ISPs include Time Warner Cable, Verizon and Comcast.

As the ISP landscape stands right now, with Net Neutrality in place, all of these different highway lanes must treat traffic equally. Meaning, regardless of what you’re trying to access, you will get access to the data at the speeds your ISP has promised you.

Without Net Neutrality, however, that all can change–and many open internet advocates fear it will and hurt consumers.

For example, if ISPs are no longer regulated in this manner, they could potentially begin to treat traffic differently based on the ISPs preference. For example, if the ISP is partnered with a video streaming service that isn’t Netflix (one of the most popular services today), it could slow its customers Netflix stream to the point where it’s unusable while simultaneously delivering their streaming content at blazing speeds. The ISP could then turn around and charge customers an extra fee to stream Netflix at the same speeds as other services.

And this extends beyond binge watching and could potentially reach all facets of the internet–including your job or talent search.

How Net Neutrality Can Affect Recruitment?

If you stumbled across this post while doing research for a new job or during a talent search, then your efforts could be affected by the upcoming Net Neutrality decision. But you’re far from alone–especially if you’re a job seeker.

As it currently stands, 79 percent Americans say they’ve used the internet to look for work with a full third saying it was the most important resource they leveraged, according to the most recent numbers from the Pew Research Center. 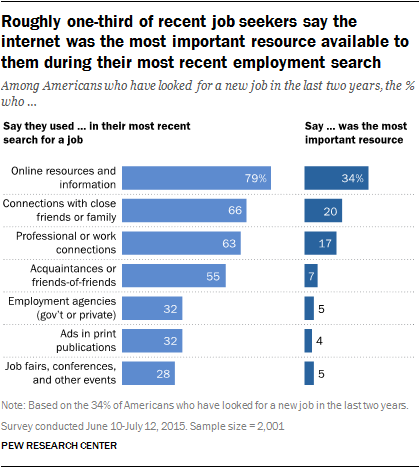 If Net Neutrality is overturned, it could mean that job seekers would no longer have equal access to the most important resource they use when looking for work. Worse, it could create an unfair advantage for online recruiting companies that have larger budgets and therefore could provide their site visitors with faster search results.

If you’re a hiring manager, the stakes for you are much higher. Imagine distributing your open jobs to a wide variety of job boards and not knowing how fast the connection on each site might be. Qualified job seekers that locate your opening on a niche job board might not have the patience to load your job description. Essentially, without Net Neutrality, you could be facing a future where your talent pipeline, which was once a firehose, has been reduced to a trickle.

In any event, an internet that can’t guarantee equal access to all is one that will hurt recruitment on both sides of the aisle.

Given the size of the online recruitment space, a Net Neutrality repeal could have a profound effect on the industry and the way in which we search for jobs and talent today.

And this is where a staffing agency like Onward can help. While we too use online resources to amplify our reach, our clients and job seekers come to us first and foremost for our well-established network and the expertise we provide in navigating it.

While no one is impervious to the seismic shift that could occur if Net Neutrality is repealed, staffing agencies like Onward can help serve as a constant in an uncertain landscape and prove more valuable than ever before for job seekers and hiring managers alike.

To learn about how Onward can help you in your next job or talent search, contact us today.

Recruitment is expected to become more difficult now that the FCC has repealed Net Neutrality. Contact Onward Search today to learn how we can help.