Most Tweeted Pubcon 2012 Topics by Subject 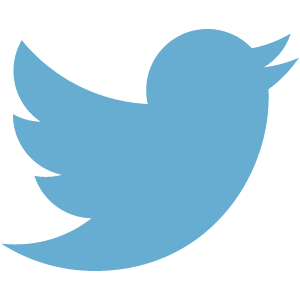 Most attendees of Pubcon 2012 at the Las Vegas Convention Center had a smartphone in hand, one ear on the speakers, and fingers tweeting away real-time comments and quotes from sessions, keynotes and parties. This definitely isn’t anything new. However, I wanted to share some of the best quotes from sessions and panels from this year’s conference to convey that you really can attend and learn from any convention with merely a 140 character limit![/accent]

Like most conferences, the week started out with an intense day of training programs; this year the day was dedicated to pay-per-click (PPC) and landing page optimization, social media marketing, search engine optimization (SEO), and in-house SEO. The rest of the busy week was filled with over 200 sessions, keynote speakers, and enough information and content to fill a library or two.

But don’t take my word on what I was only able to see and hear as one person — check out what attendees all over Pubcon were tweeting about!

Keeping up with Pubcon’s social media effort is a breeze when using the right hashtag: #Pubcon and following the right people, like the people below.

Most Tweeted Pubcon 2012 Topics by Subject:

Greg’s Keynote touched on the subject of authorship and author topical authority, in relation to Google + connections and relevance and quality of links and content.

The importance of authorship is extending to link building. Not only the WHERE of your link, but now also the WHO of that link. @gregboser

If you have employees who write content for you, make building up their reach/circles part of their jobs @gregboser #pubcon

This year’s Pubcon did not disappoint with the caliber, frequency or sheer number of world-class sessions and speakers in the Search and Social industry. They all brought their A game and groundbreaking insight on what’s happening now and trending for the future of the web. See what your peers thought about the speakers and where you can find lists and references to their works:

For those of you attended #pubcon I made a Google+ Circle of all the speakers i could find on Google+ bit.ly/WWmqk7

Very cool to see that so many from our trade have authored books: pubcon.com/meet-speakers-… #Pubcon

Google’s new disavow links tool stirred the audience when Matt Cutts announced the launch at Pubcon on behalf of Google. Whether you believe that this is cutting edge, has already been done, or should only be used with caution, emotions on this subject were a mixed bag.

ANNOUNCEMENT for @mattcutts: new tool to disavow links to your site #pubcon twitter.com/WarrenWhitlock…

Here are some key points for the google disavow tool. #pubconlockerz.com/s/253638382

I don’t think Google would resort to a Link Disavow tool if negative SEO weren’t a threat to their credibility. #pubcon

Woah, you now have some control over harmful backlinks to your site: selnd.com/QQYOt1 Nice #pubcon update from @mattcutts

Pubcon has been a hotbed of information and groundbreaking news for the web publishing community, year after year. This year has been no different from years past. All of this year’s sessions delivered powerful information on the future of SEO, PPC, social, and analytics to standing-room-only board rooms.

Try searching for anything on Google or Bing right now.  No really — try it. More than likely, the first five to ten results will be from a social platform. You can see this in searching via images, or simple keywords on the web search tool. Brands that aren’t leveraging social aren’t bringing in the results.

“Bombshell: Social is not a trend, it is here to stay” – @duaneforrester #pubcon #bing

The Future of Search & Mobile:

What’s trending? I asked that question when people walked by the Onward Search booth. What’s THE thing I should be looking for in the future of search marketing? The same answer came back at me several times; simply put, “The future of search and social marketing is in the palm of your hand: mobile.”

Ignore mobile SEO and leave a lot of money on the table. ow.ly/i/11Svo@sspencer at #pubcon RT @hurracom

#PubCon Insight: When using Responsive Design, plan for mobile first and work your up screen sizes [by @saffyre9]

Calls from mobile search will eclipse calls from desktop search in 2015: and think about how people find you on mobile @johnmbusby #Pubcon

My notes from the Competitive Intelligence Social Media Tools and Tactics session at PubCon Vegas 2012: goo.gl/lLZ6V

If you missed anything from the Pubcon sessions or labs, search through twitter and you’ll find a plethora of videos and presentations uploaded by the speakers themselves. Here’s just a few! Use these keywords to find MANY More tweets:  “My #Pubcon Presentation”.

Here’s a link to my #PubCon presentation today on National Companies and Local Searchgoo.gl/VW6wc

My #pubcon presentation : The Social Media Analytics Funnel /How I Met My Customer is now on @slideshare slideshare.net/kology/the-soc…

My “Think Outside the Keyphrase” presentation for those who missed it. topdraw.com/presentations #Pubcon #keywordresearch

For those who asked for it … my Advanced Keyword Modeling presentation from #pubcon slideshare.net/billhunt/hunt-…

What happens in Vegas gets posted to Slideshare: My #pubcon presentation on In House SEO tools and processes is here: aka.ms/ur1i4f

This blog post couldn’t have been created without the tweets from those that attended and took part as a speaker from Pubcon 2012. I’m sure I missed tons of other great coverage! If you see any other great posts on PubCon sessions, speakers or parties that I haven’t covered here, paste the link below for others to share and retweet.

I came, I conquered, I blogged then tweeted #Pubcon 2012 Topics by Subject www.onwardsearch.com/?p=5616