UI vs UX: Who to Hire 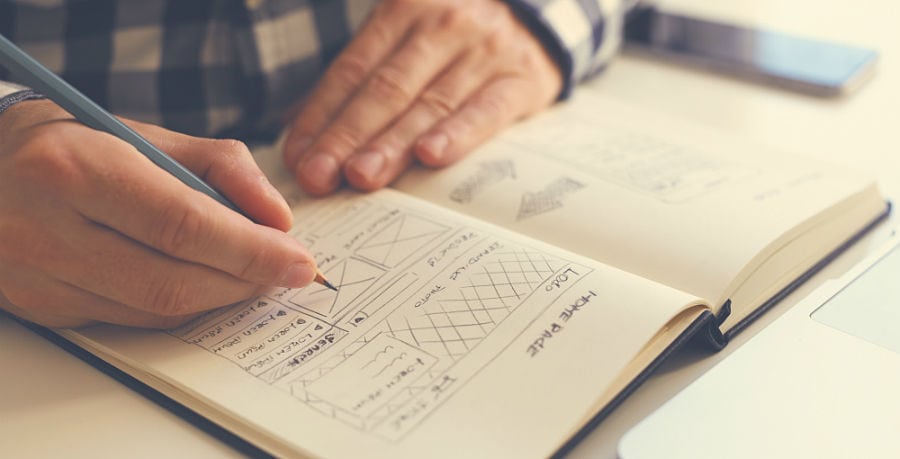 When hiring freelancers–especially when searching for a set of skills outside of your “sweet spot”–knowing who you’re looking for is half the battle. Creative staffing agencies are go-to resources for hiring managers because of their abilities to locate, engage and vet the best talent available.

However, if you write a job description or talent requisition that misrepresents what you are looking for in a hire, even the best staffing specialist is going to miss the mark in their candidate search.

And, there’s no truer example of this than when we look at UI vs UX.

In this post, we’ll aim to help you better understand the differences between UI and UX designers, bring you up to speed on the unique skills each candidate brings to the table and provide a few scenarios to help you identify which of the two could best meet your current needs.

The UI vs UX Debate

For anyone who works as a UI or UX designer (or carries both skill sets) the idea of a debate between UI and UX design is exasperating. As we’ll discuss throughout the piece, the UI vs UX comparison isn’t an apples to oranges one… rather, it’s more of a square vs rectangle argument.

The reason we see this false dichotomy presented over and over again has more to do with semantics than with substance. UI and UX are two terms that (like any other word you’ve said once too many times, aloud) have seemingly lost all meaning.

Therefore, as a result, they’re ripe to be presented as having conflict when in actuality, they work in harmony. The best way to elaborate on this is to examine each separately before we look at them side by side.

UI is an acronym for User Interface, although some have begun modifying this to User Interaction, most likely because of the different ways in which UI is defined.

If you’re searching for UI online, your first stop might very well be Wikipedia, which defines UI as such:

Now, there are a few problems with a definition like this. For one, it breaks the cardinal rule of defining a term, in that it uses “user interface” in defining “user interface design.” Further, the author of this Wikipedia entry also seems to conflate UX with UI.

That said, let’s look how one scholarly source–“User Interface Design and Evaluation,” by Debbie Stone, Caroline Jarrett, Mark Woodroffe, and Shailey Minocha–explains UI through the prism of Human-computer Interaction (HCI):

Human-computer Interaction (HCI) is the study of how humans interact with computer systems. Many disciplines contribute to HCI, including computer science, psychology, ergonomics, engineering and graphic design. HCI is a broad term that covers all aspects of the way in which people interact with computers. In their daily lives, people are coming into contact with an increasing number of computer-based technologies. Some of these computer systems, such as personal computers, we use directly. We come into contact with other systems less directly–for example, we have all seen cashiers use laser scanners and digital cash registers when we shop. And, as we are all too aware, some systems are easier to use than others.

When users interact with a computer system, they do so via a user interface.

With this in mind, the best way to look at UI (at least in terms of modern digital products) is to think about what you’re being presented when you use an app, website or piece of software. For example, take the Onward Search homepage. 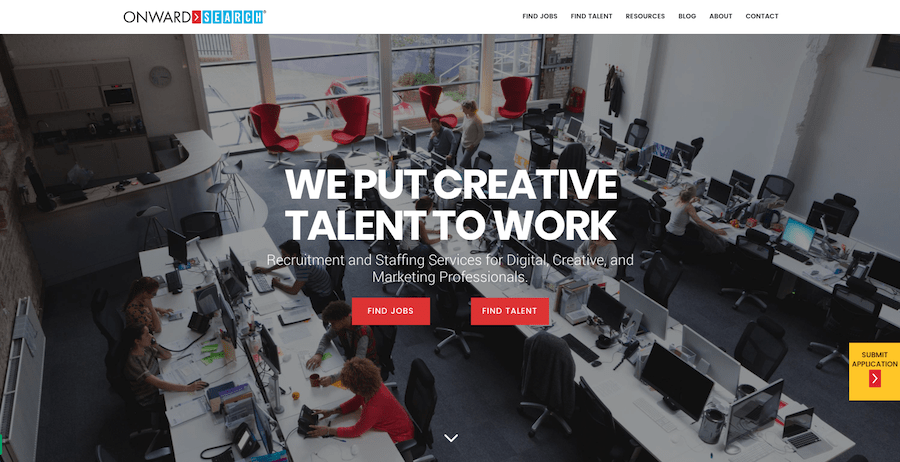 When you navigate to our homepage, what you’re being presented is a UI design. Everything on this page, including the imagery, typography, navigation bar and button placement all falls under the realm of UI design. It’s not until you actually get into using the product, that we begin to wade into UX.

UX is an acronym that stands for User Experience. In the simplest and broadest of terms, UX represents what happens when you actually begin to use a product or service.

That said, UX is an all encompassing “big tent” term that includes many, more specialized, disciplines such as, but not limited to:

As you’ve no doubt noticed, UI is listed above? Why? Because UX does not exist without UI.

At this point, it’s important for us to step back and take a look at the origins of the term. UI is a much older term than UX, and the term UX was coined by former Apple VP Don Norman. In the clip below, Norman himself, expands on the term he brought to life.

As Norman explains in the video, “UX is everything,” so of course it must include UI. Norman’s definition also helps us expand on one note from the previous section on UI–that the use of the product is really where UX begins as we understand it today.

THE DIFFERENCE BETWEEN UI AND UX

This might sound counter intuitive, but looking for the differences between UI and UX presents a logical fallacy. That’s because, outside of the fact that they’re both professions that typically deal with technology, UI and UX aren’t as comparable as they are complimentary.

The two disciplines really shouldn’t be looked at through the lense of one versus the other, with either UI or UX coming out as “better,” or “more valuable” than the other.

Without a User Interface, there would be nothing for the individual to work with and therefore nothing to experience (just imagine trying to Google something without a search bar). And, without great UX design, it doesn’t matter how beautiful the interface is because the experience will fail (this time, imagine Google if your search results weren’t ranked by relevance and didn’t include links).

Therefore, understanding which type of talent you need to hire depends on your unique needs. Let’s examine.

Who to hire: UI or UX

Now that you understand the basic differences and similarities between UI and UX, it’s important to understand under which scenarios each professional is most likely needed.

When to hire a UI designer.

There are a number of reasons you might need to hire a UI professional. Let’s take a look at 3 of the most common scenarios:

At the beginning of a new project:

Most businesses will bring on a UI designer when they’re building out a team for a new project. For example, when building a new website, you’ll need someone to bring your image to life. A UI designer, in this scenario, would work hand-in-hand with the rest of a development team (including the UX designer) to build each screen, button, and interaction for your digital property.

Often times companies will bring in UI designers to update an existing product. For example, consider the Facebook app–an app that has it’s look and feel updated constantly. For the most part, the core functionality of the app hasn’t changed since its inception. When the look and feel is updated, but the functionality remains the same, that can most likely be attributed to the work of a UI designer.

When time-to-market is at issue:

Believe it or not, it’s been a full 8 years since Apple ran their famous “There’s An App for That” ad campaign. And, 8 years later, that sentiment couldn’t ring more true. The marketplaces today for new websites, apps and other digital products is ultra competitive. Therefore, adding a UI designer to your team can help you cut down on development time, without risking quality.

When to hire a UX designer.

There are a many scenarios where hiring a UX designer is appropriate, given the all-encompassing nature of the discipline. Here, let’s take a look at the 3 most common:

When building a development team:

Before you can begin a project you need to build your development team, and a UX designer should be top of mind under this scenario. Since the UX designer is responsible for the experience the end-user has from start to finish, it’s critical that they’re on board from the beginning. Lacking a UX designer at the start puts you at risk of creating a disjointed experience.

If functionality is at issue:

Another scenario where a UX designer is appropriate is when functionality is at issue, for example, if it takes a user too many clicks to get from homepage to conversion point. Similarly, if your app’s call-to-action button is incorrectly sized, causing frustration from users and therefore driving down conversion, you might want to consider bringing on a UX designer.

For better organization and SEO:

Note: As you saw earlier in the article, UX is a “big tent” term that covers many other specialities (information architecture, for example). Therefore, when working with a creative staffing agency (and this advice is applicable beyond UX talent needs) it’s important to be as specific as possible about what problem you’re looking to solve, or the exact details and goals of your project. Doing so will help a staffing specialist better understand and locate the right talent who can provide a solution to your current needs.

UI and UX designers are some of the most hotly sought after candidates in today’s ever-tightening talent markets. And, therefore, your best way to find, engage and hire UI and UX talent quickly and efficiently, is with the help of a creative staffing agency like Onward Search.

To learn more about how we can help and to speak with a recruiter today, request talent now by filling out our quick form below.

Ready to speak with a UI/UX expert about your hiring needs? Fill out the form below and one of our specialist will be in touch soon!

Get In Touch With a UI/UX Recruitment Expert Today